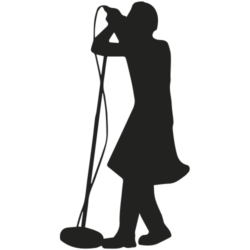 The 34th International Blues Challenge took place on Memphis legendary Beale Street from January 16th to 20th. 109 band acts and 91 solo/duo acts from all over the world were nominated by their blues societies for the world ́s biggest (blues)music contest. Additional 35 youngsters participated in the Youth Showcase.

Everything started easy on Tuesday and Wednesday afternoon with the Int. Showcase where 28 non-US- acts were performing at Clayborn Temple Church. Wednesday early afternoon several non-US-acts bands performed concerts in multiple clubs on Beale Street. Wednesday and Thursday late afternoon from 17.00h until 23.30h the two quarter finals, split in a band and solo/duo competition, were held in 21 clubs (12 bands/ 9 solo-duo) on Beale. Here up to 12 acts were competing for 25 minutes, scored by 3 judges. 4 acts from each club advancing to the semifinals.

At least happy 48 band and 36 solo/duo acts from all over the Blues world reached the semi finals. The band semis were held in 8 clubs, where only one act from each club advanced to the final. Performing time: 30 minutes. The solo/duo acts performed in 4 clubs where 2 acts went ahead. At the semi finals the acts played various Blues from traditional to more modern crossovers like rock, soul, country or funk. So 8 band acts and 8 solo/duo acts advanced to the finals at the historic Orpheum Theatre. All acts were performing in one final, alternating band – solo/duo – band, performing time: 20 minutes.

In comparison to last year IBC the quality of the acts was excellent. Nearly all acts performed with big fun, enthusiasm and showed the variations of the Blues between modern and traditional. Among them four

A new and very good idea was to split the contest ahead of the price giving with a very big session with the heroes of the Chicago Blues. Among others Bob Margolin, Billy Branch, Karen Lovely and Jonn Richardson entered the stage by and by and served an outstanding session with a lot of excellent solos about 40 minutes.

Finally the winners were announced and the first time since years the audience seems to be happy with the decisions. Fine result for Europe: Daniel Eriksen from Norway made the 2nd place at the solo/duos. So everybody was happy and is wating for the next IBC, 22.- 26. January 2019.

Not to forget in this report: All days after the competition an endless number of fine concerts and jam sessions were offered until early morning in the clubs on Beale.